Evoland II: What Genre Even Is This?

Evoland II is a fun game that I picked up in the Humble Monthly bundle. I have seen Evoland on the internet, but I never really thought much of these trailers. But hey, it was kinda free and so I decided to give the game a whirl.

I really wasn’t expecting much from Evoland to be completely honest. I was expecting just another RPG, but I was very wrong. The game starts out with a Secret Of Mana vibe, but as Evoland goes on and the element of time travel is introduced; it all changes. Time travel is the main premise of the game. There are three time zones, each represent a different era of graphics. There is the present day which has a nice 16 bit SNES style graphics. Then there is the past that has a more 8 bit style of gameplay. Finally, there is the future. As you can guess, the future is all new 3D modern graphics.

Evoland is centered around a character which has the default name of Kuro. Kuro wakes up in a bed with no memory. Things progress, friends are made and the story shifts to focus on a demon Vs human plot. As the story line progresses, things escalate and the story becomes very different to how it started. Personally, I like it.

A few hours into the game I began to question the genre because it changes constantly throughout the game. Most of it is a nice hack and slash classic Secret Of Mana style game, but at points it could be classed as a side scroller, a brawler, a puzzle game, a gunhell shooter or even a Fire Emblem turn based game. I think there was even a Street Fighter element at some point. For what might appear as a muddled genre, it is all done really well. Each segment is fluid and moves nicely into the next stage of the game. I have to admit the evolving genre does have its flaws because depending on whatever genre the game is in, it could cause the difficulty level to go up. This is because someone might be good at fighting games but then suck at puzzle games.

In addition, Evoland is packed with references and easter eggs that play homage to many other game franchises. These references include; Mario, Bomberman and even cultural references like Game of Thrones.

Overall I think Evoland II is a beautiful game, and it kept me playing until the very end (and that is very rare.) I would happily recommend it to anyone, especially new gamers looking to find out what sort of genres they are into.

You can purchase the game on Steam, from the Humble Store or direct from their website. 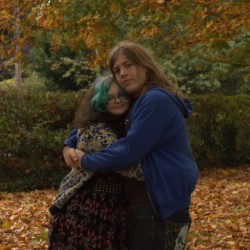